As seen on the BBC and supported by Mothercare, Baby Rave North hosts some of the most unique and innovative social events for babies, toddlers, young children and of course their families. holding regular raves across the north big and small, transforming venues into a child friendly party environment, with the soft play area, sensory activities, interactive singing, dancing and more. since launching in april 2013, the events have grown massively with regular ravers travelling far and wide to join the fun.

Can you introduce yourself to our readers?

I am Faye Kenny, 28 owner of Baby Rave North and mummy to Ziah.

What made you set up Baby Rave?

If I’m honest, I never set out for the Raves to be a business that I’d end up running full time. I’m often asked what I did in preparation to start the business, but the truth is it was accidental!

Coming from a background working arts I had to be a jack of all
trades and work whenever and wherever I could. I would go from teaching in a primary school in the morning, high school in the afternoon and singing in a nightclub at 2am in the morning to wake up the next day and head to work on a corporate team building event. After having Ziah, being self employed and a self confessed workaholic I had to start working almost immediately!

After being underwhelmed by what was out there for the “modern” parent, my brother had suggested putting on an event for babies and younger children and within a couple of weeks the first event was out there and sold out, from then it’s just built up into being my full time (and then some) job. When I realised that what I had created worked, I was determined not to have to put Ziah in full time nursery for me to work for someone else  and be able to work alongside spending quality time with him.

What have been the biggest challenges and rewards for you as a business owner and working mother, how have  you adapted?

The biggest challenge is to find a balance between business and family. I try to make sure I fill my spare time with family activities and where possible Ziah comes to work with me! Some weeks I don’t get a spare moment, so I make sure the following week I’m freed up a little to get that quality time in. Once Ziah is tucked up in bed, that’s when I spend my time doing paper work, emails etc so I don’t have to be sat at the computer during the day. Then day time is working at a Rave, which he loves and often cries when he knows I’m heading to a rave and he’s missing out.

It’s not easy running a business and being a mother, but I know how lucky I am to be able to spend so much time with him, that’s the biggest reward by far. We’re now at the point where we have to apply for Primary School for next year and I really don’t know what I’ll do without my partner in crime. 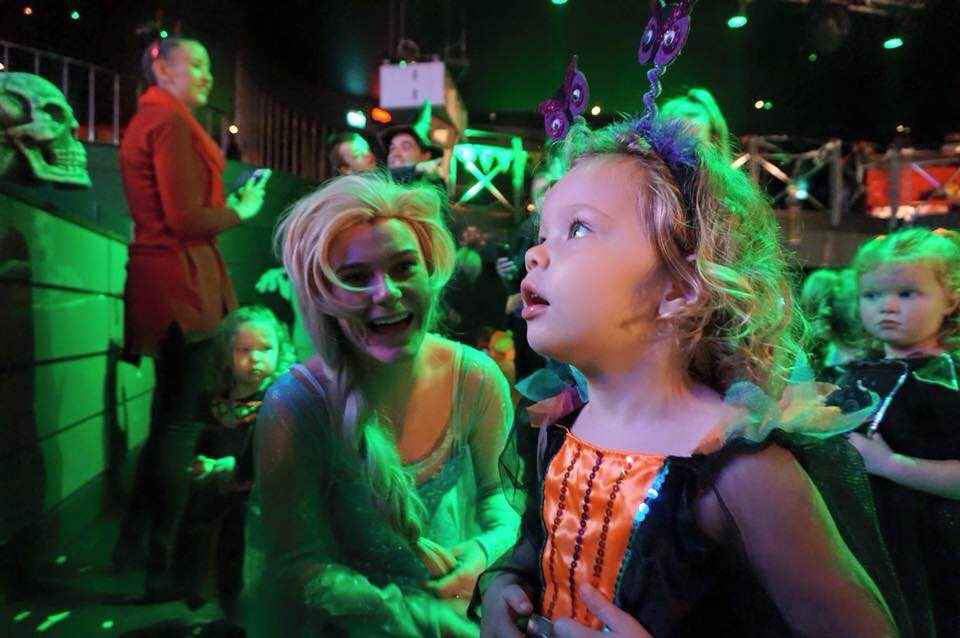 We notice you work with Mothercare how did that come about?

When it came to working with Mothercare, it was Debbie from their Mumspace who had seen the success of the events and suggested me hosting smaller versions. This was never the vision as I really didn’t want to become another “class” that parents could get bored of. I felt like to be something different, it had to be something that people would look forward to and feel special as opposed to a weekly shindig.  In the end I thought giving it a bash couldn’t hurt and the support we get at our Mini Raves at Mumspace, Mothercare has been phenomenal. It’s great having a big name that has our back and supports what we do.

Where are you at with Boom Chikka Boom Baby Rave now in 2015?

I feel like I’m finally getting to the point where I’m finding that balance. I’m managing to get through paper work faster and prioritising so I can have more family time.

I also have the amazing Natalie who works for me now and it’s great to have another person that is capable of running the events to my standards and it gives me that extra time to manage the other side.

What would you have changed, if you could go back knowing know what you know about running your own business?

I would of had more confidence in myself and my business. Any negative feedback about my business I would take so personally. In the past anything less that 100% positive reviews would play on my conscious, reduce me to tears even.

But having such a wide audience, I’ve had to learn and appreciate that it’s not for everyone, but I’m so proud that from the thousands we have raving there’s only a small handful who have small negatives to say so I can’t grumble and so I have to take it with a pinch of salt.

Where do you wish Boom Chikka Boom Baby Rave to go in the next 5 years?

I’ve held back on building the business to its full potential because I love the time I get to spend with my family. Once Ziah starts school in September and I have that extra time to put in even more work, it’s time for world domination!

Would you do it all again?

In a heartbeat. I’ve been blessed to be surrounded by such an amazing support network which I think has been vital for my business to succeed alongside being a mother. Friends and family that have helped out at the raves, with Ziah, shared Tweets and Facebook posts and just believed in me and pushed me to continue.

I recently read a quote that I think sums it up,

” The only way to get better, is to surround yourself with people who believe in you.”